Muselk (Elliott Watkins) is an Australian YouTuber known for being awesome at Team Fortress 2, Overwatch, and other popular games. Like many of you, I was wondering what gaming chair he used and why so I did the research to find out!

You’re probably wondering why Muselk chose this chair over all the other options on the market.

I was too, so I found out all there is to know about Muselk’s chair, including the price, the key features, and more about the brand. Read on and I’ll talk you through it! The Noblechairs EPIC Series is an impressive gaming chair, all things considered. It offers all the same high-end features as the most expensive gaming chairs on the market with an entry-level price tag. Here are just a few of the features that make it stand out.

Noblechairs always put ergonomics at the forefront of their design. The EPIC Series chairs have a specially-designed streamlined shape that protects your spine’s natural shape. This provides support for your back so that you won’t get any aches or pains even after extended periods of use.

The Noblechairs EPIC Series is super comfortable. The premium cold foam upholstery is denser than you usually find on other gaming chairs, which provides a little more support and also makes it more resilient to wear.

The armrests are pretty damn comfortable too. They’re set at a comfortable place – not too tight to be restrictive but close enough to provide good wrist support – and are also well-textured so that you can grip them easily.

The chair even comes with extra pillows for head and lumbar support, which you can see Muselk using from time to time on his videos. Oh, and the real leather upholstery feels great too.

Unlike other budget gaming chairs, which tend to fall apart after a couple of months heavy-use, Muselk’s chair is built to last. The EPIC Series feature corrosion-resistant bases, class 4 hydraulic pistons, and 60mm, Polyurethane 5-star casters. It can handle loads of up to 150kg.

As any gamer will tell you, the number one factor when it comes to choosing a gaming chair is adjustability. The more adjustable, the better. You need to be able to move around on your chair and adjust it to fit the different postures you like to sit in.

Muselk’s chair doesn’t disappoint in that regard. All EPIC Series chairs come with several customization options. You can adjust the armrests in 4 dimensions, the tilt, and more.

A final cool feature of Muselk’s chair is the design. The black/white real leather edition of the EPIC Series oozes sophistication and elegance. It’s not as “showy/flashy” as many other mainstream gaming chairs and looks a little more professional and elegant.

All Noblechairs chairs are subtly embossed with the Noblechairs logo and finished with a nice diamond pattern that gives the chair an air of exclusivity.

How Much Does Muselk’s Chair Cost?

I bet you’re thinking that all that mustn’t come cheap. It might surprise you, then, to learn that the EPIC Series can actually be considered an ‘entry-level’ gaming chair as it is pretty affordable, at least compared to the higher end of the market.

Many chairs in the EPIC Series are available from the manufacturer for under $350. However, Muselk’s specific chair is a little pricier than that.

Muselk’s chair currently costs $549.90 from the manufacturer, making it the most expensive EPIC Series chair available. I guess that makes sense, he is a pro-YouTuber after all, he can probably afford it!

The reason it’s more expensive than the others is that it’s upholstered in real leather as opposed to PU/faux leather. Real leather doesn’t come cheap, but it does make the chair much more resilient and, arguably, comfortable.

Whether or not Muselk’s chair is worth the money is subjective. It really depends on what you value in a chair and how much money you’re prepared to spend on one.

Is Noblechairs a Good Brand?

Yes, Noblechairs is one of the best gaming brands on the market. It’s not quite as popular as big-names like DXRacer and Maxnomic, but it’s garnered a pretty strong reputation in the gaming community.

In fact, it’s one of the most popular chair brands for pro-gamers according to our recent study of the most common chairs used by YouTubers and streamers and is the brand of choice for almost 10% of them.

Other YouTubers and streamers that use Noblechairs include KingRichard and Pokimane, who both also use the same chair as Muselk – the EPIC Series.

If the Noblechairs EPIC Series doesn’t seem like the right chair for you, here are some other options you might want to consider instead. The Ikea MARKUS Chair is a true entry-level gaming chair that is a lot cheaper than Muselk’s chair, making it perfect for gamers on a budget.

It’s got a super high-back with a built-in headrest that gamers love, adjustable tilt lock, an ergonomic design, and a mesh back for added breathability.

Ikea isn’t exactly a ‘gaming chair brand’, it’s just a regular old furniture brand, but this chair holds its own with the best specially-engineered gaming chairs on the market.

It doesn’t have a typical gaming chair design and won’t look out of place in a home office, which makes it the perfect addition to any household. 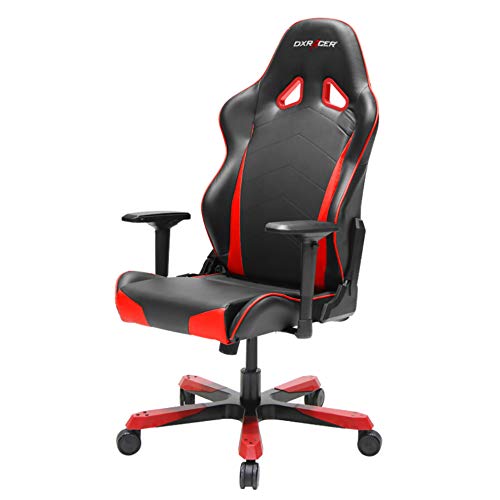 One of the only problems with the Noblechairs EPIC Series is that the maximum load capacity is pretty load. It has a maximum recommended load of 150kg, which is problematic if you’re a big and tall gamer that needs a little extra support.

In that case, I’d recommend the DXRacer Tank Series instead. It’s one of the most durable, heavy-duty gaming chairs around and has a whopping maximum load capacity of 400lbs. Aside from that, it also has a lot of other great features, like an ergonomic design, comfortable padding, and 4D armrests. The SecretLab Titan 2020 Series is, in my opinion, the overall best gaming chair on the market. It’s a little more expensive than Muselk’s chair but not much more expensive, and you get a lot more bang for your buck.

I’ve already written extensively about why I love this chair so much here, so check that out to find a full in-depth review – but trust me, it’s awesome!